Skin cysts are basically the slightly hardened, fluid-filled bumps which are formed inside the skin. They can come up anywhere on the body but are most often found on the face, neck as well as the torso. Even though they are non-cancerous and do not pose any threat to life, they can be extremely uncomfortable. In general, sebaceous cysts do not require any treatment. The most preferred course of action to take is to simply keep them clean and not try too many treatments as it becomes very bothersome. These cysts range from pea-sized, starting at about 1 centimeter and can go up to 5 centimeters.

What are the symptoms of sebaceous cyst?

Generally, very small cysts are not painful at all. However, large cysts can be extremely uncomfortable and also very painful. Large cysts on the neck and face can cause a lot of pressure and a lot of pain. Sebaceous cysts are often filled with white flakes of keratin. It is a key element and constituent of your skin and nails. Most of these cysts are very soft to touch.

Some of the areas of the body where these cysts can be found are:

A sebaceous cyst is considered very unusual and highly cancerous especially when it has the following characteristics:

• A diameter that is larger than five centimeters

• A fast rate of reoccurrence after being removed

• Signs of infection, such as redness, pain, or pus drainage

What are the causes of sebaceous cyst?

Sebaceous cysts are a result of abnormalities in your sebaceous gland. The sebaceous gland sometimes produces the oil known as sebum which coats your hair and skin entirely. Cysts develop if the gland or its duct, the passage from where oil is supposed to get out, gets blocked or damaged. This is a result of trauma to this area.

The trauma can range up anything from a scratch to a surgical wound to a skin condition, such as acne. Sebaceous cysts grow really slowly, so the trauma can date back to months or years before the cyst actually occurs.

There are plenty of other causes which lead to sebaceous cysts and these include:

• A misshapen or deformed duct

• Damage to the cells during a surgery

How is the treatment of sebaceous cyst?

While skin cysts look really bad, trying to treat them can make them much worse. Picking, rubbing, or even squeezing the cysts will cause a lot of damage and make the infection much worse. All of these can increase the pain and worsen the appearance much more. Dealing with skin cysts causing concern or producing symptoms is a sign that you definitely need to get it checked by the doctor. The only appropriate home treatment for cysts is to keep infected ones clean. If a plain cyst is removed because it was causing problems, the area should also be kept clean.

If you are affected by a cyst, then keep it clean at home by using a clean cloth, cotton wool, or medical dressing material. If the cyst worsens and aggravates highly, then you need to consult a doctor. The cyst removal at a doctor’s office involves:

• The local anesthetic to numb the area

• Antiseptic procedures to avoid creating or spreading infection by preparing the skin area, and using a drape and sterile kit

• Using a blade and other instruments to cut the cyst out

If a cyst has burst or there is an infection occurring under the skin, the doctor sometimes needs to lance and drain it. In such a case, the doctor may need to prescribe a course of antibiotics. Doctors and specialists like the ones at cosmo care will help you with the correct diagnosis and deal with any other concerns. They are also highly trained to treat a troublesome cyst permanently without any side effects. 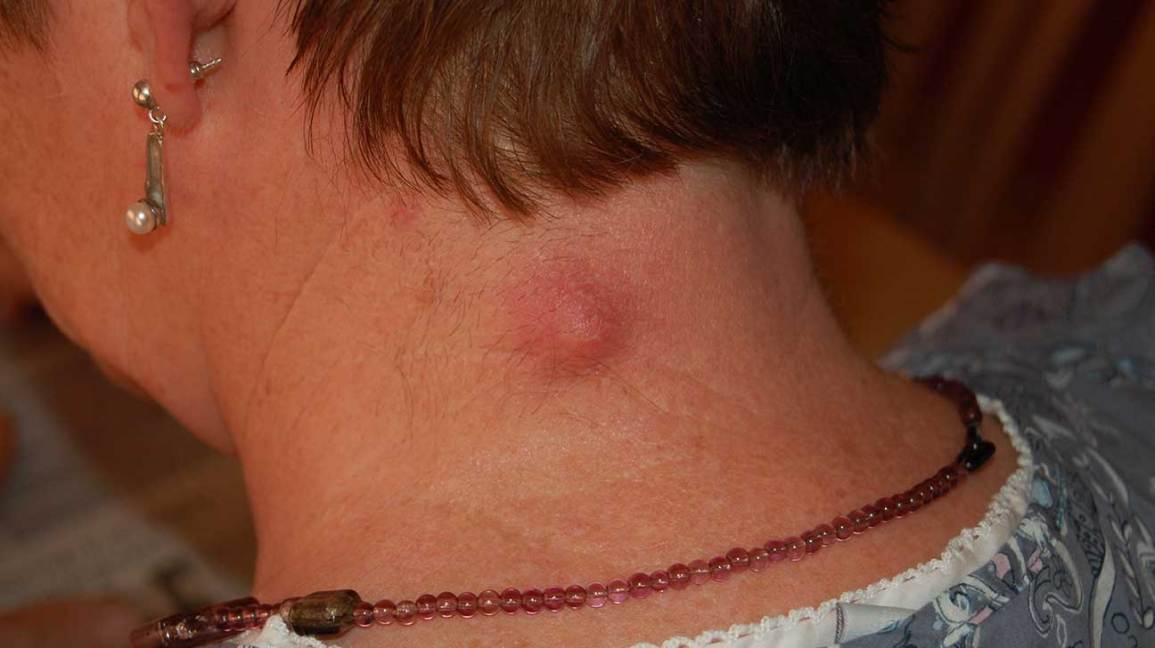 What is it? What does it look like?   Skin cysts are basically the slightly hardened, fluid-filled bumps which are formed inside the skin. They can come up anywhere on the body but are most often found on the face, neck as well as the torso. Even though they are non-cancerous and do not pose any threat to life, they can be extremely uncomfortable. In general, sebaceous cysts do not require any treatment. The most preferred co ... Read More